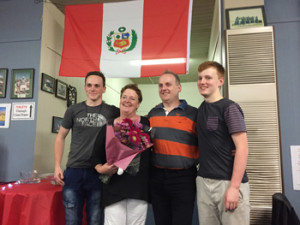 The term community is common in today’s language, and when used to describe Altona, a positive adjective generally precedes it. Words such as wonderful, peaceful, caring – the adjectives speak for themselves. However, the word community means more than just people who live in the same area. “…it may well be used to bring together a number of elements, for example, solidarity, commitment, mutuality and trust.”(infed.org). Each one of those elements, and more, were on display at the Altona Yacht Club, where the Brown family hosted a fundraiser Trivia Night, for 16-year-old Jamie Brown.

Participating in World Challenge has been a dream of Jamie’s since he was in grade four at Altona Primary School, and this year he will be amongst a group of students from Footscray City College who will be part of the 2016 Peru Expedition.

Solidarity was shown by Jamie’s family, his mum, (not having slept all week while bringing together the Trivia night), his brother and father working tirelessly, and by all who contributed to raising an amount that far exceeded expectations. Altona Yacht Club gave their venue and staff, Kooringal Golf Club and Farm Stay Seven Hills Tallarook, donated raffle prizes, as did friends and family. The highest bid in the Silent Auction, which included some wonderful items, was an original painting by local artist, Nella Boonen, depicting Altona Pier with Jamie and a Lama sitting on it.

Jamie’s commitment, and his compassion, is reflected in his hard work, studying while working two jobs, (one job was not enough to raise the money he needed). It was also reflected in his speech, “I am doing this challenge because I want to help people, and that is what I want to do with my life”.

Mutuality, the sharing of sentiments, and everyone shared more than one sentiment, to not only help Jamie, but to help those Peruvians who will benefit so much from this group of young people working in their community. “Last year, World Challenge teams helped to renovate over 130 school classrooms, established 25 new community vegetable gardens and assisted on over 20 projects dedicated to the conservation of endangered species” (http://www.worldchallenge.com.au/school-expeditions).

Trust is defined by the merriam-webster.com as a belief that someone or something is reliable, good, honest, effective. There were nearly one hundred people at the fundraiser, and each and every one of them trusts Jamie, because they know the four words defining trust apply to the young man from Altona, Jamie Brown, who simply wants to help people. 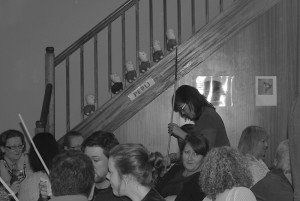 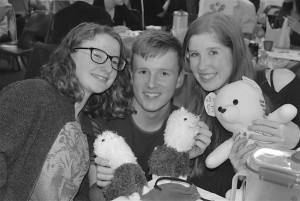 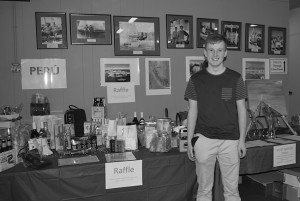